The simple answer is No because they do more harm than benefits. That’s the reason a Pomeranian shouldn’t eat cherries. It’s actually more complicated to understand as many fruits can be fed to Pomeranians, and even these are beneficial for them. However, you can’t offer the cherries to your dog even if he accidentally ate some cherries in the past and felt fine afterward. Although cherries contain many beneficial nutrients, however, these can do a lot more harm than good. Their pits, stems, and leaves are the main dangers as they contain cyanide, which is lethal for dogs when consumed in high quantity. 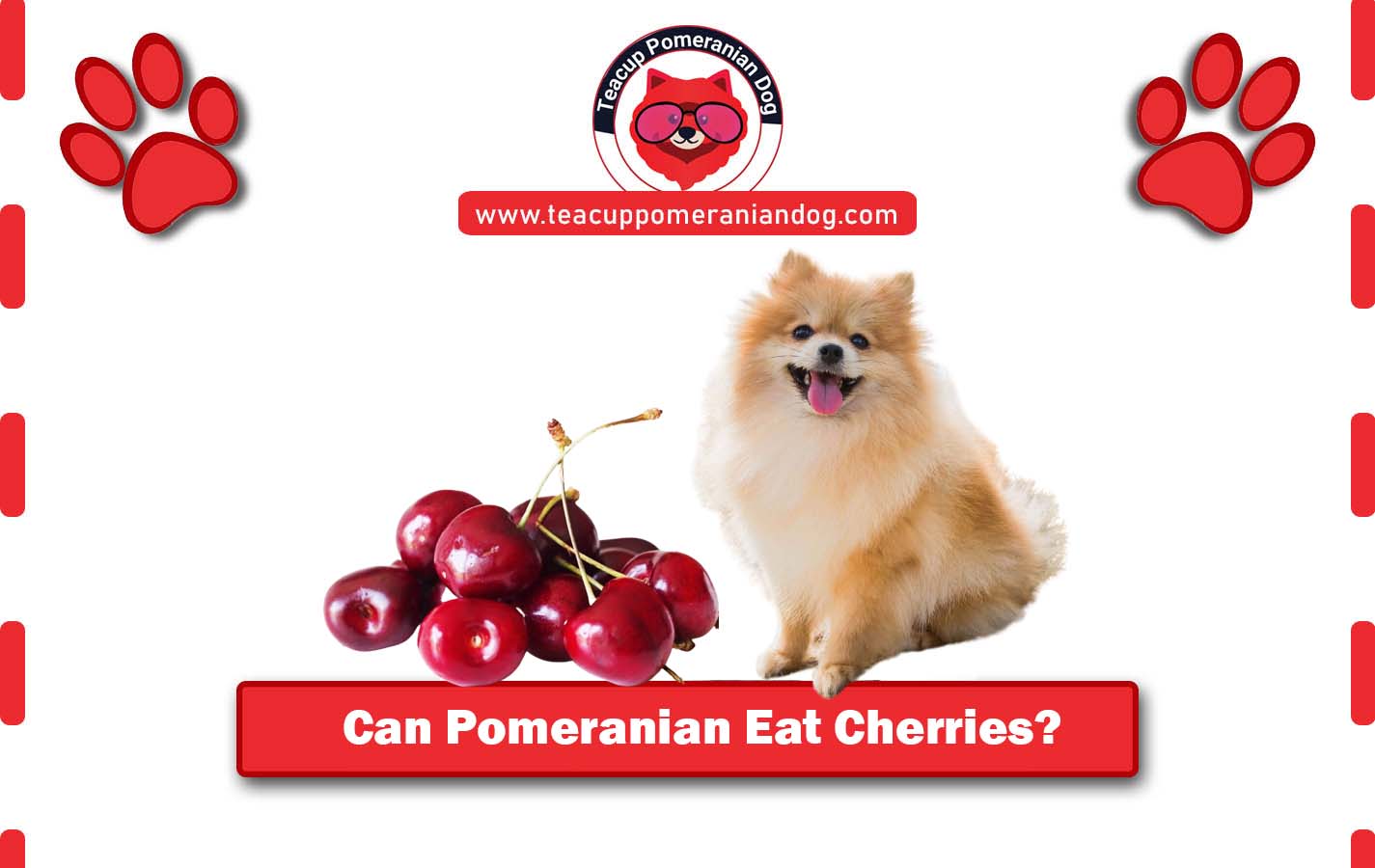 Many people think that the maraschino cherries are good for them as they already have removed pits, but these contain a lot of sugar. Maybe one or two cherries can’t do any damage, but you don’t need to risk poisoning. Many alternatives to cherries are available, which provide the same health benefits. Pomeranians can eat carrots as they are completely safe for them. Let’s see some dangers of eating cherries.

Side Effects of Cherries for Pomeranians 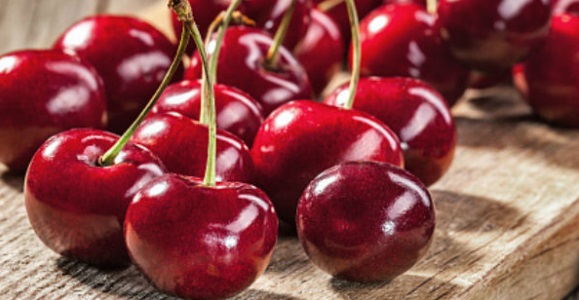 Intestinal blockage can occur when your dog swallows a cherry pit. The smaller dogs are more prone to this issue as compared to the larger breeds. The symptoms usually occur in 24 hours, which include vomiting, decreased appetite, constipation, and decreased fecal production. It’s a serious issue that can lead your dog to death; try to consult with your vet immediately in case of a serious condition.

Cyanide poisoning can occur when your dog eats multiple cherries. The symptoms include labored breathing, bright red gums, and dilated pupils. You could call your vet as a precaution if your pooch ate multiple cherries without pits. Usually, the vets induce vomiting to prevent cyanide toxicity.

The other main problem with cherries is that they are loaded with sugar, which can cause diabetes and obesity in dogs. In the short term, it can also be responsible for gastrointestinal issues.

It would be another short-term issue with the cherries, especially if the dogs ate them in large quantities. Even artificial cherry-flavored foods can cause stomach upset as they contain many artificial flavors, chemicals, and sugar.

What to do if your Pomeranian Ate Cherries?

Naturally, one or two cherries shouldn’t cause any damage, but still, you should keep an eye on your dog. When they eat more cherries, the risk is higher. Follow the below points if your dog accidentally eats the cherries.

A Pomeranian can not eat cherries as they do more harm than good. They can be responsible for various issues, including intestinal blockage, cyanide poisoning, diabetes, obesity, and stomach upset. The main symptoms of these issues include vomiting, diarrhea, constipation, and decreased appetite. If you find any of these symptoms, immediately call your vet. 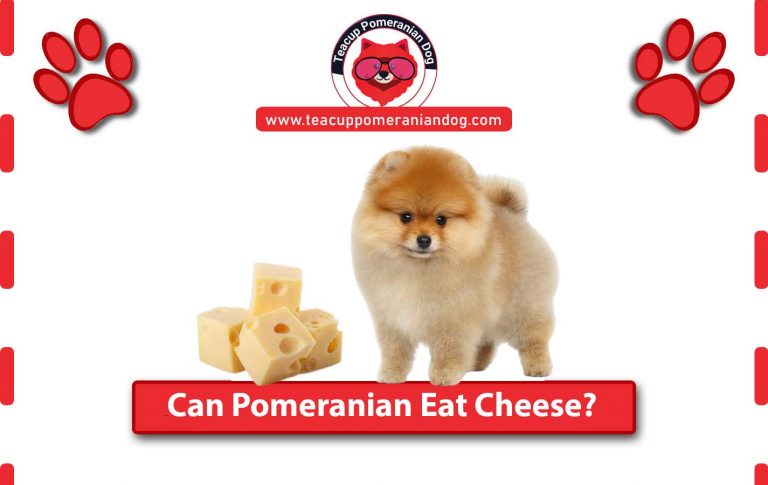 You might be wondering if they can eat cheese or not, but the Pomeranians can eat low-fat cheese in moderation. So don’t hesitate to offer a little amount of suitable cheese when your dog is looking at you with those begging eyes. A small chunk of cottage and mozzarella cheese is a suitable type of… 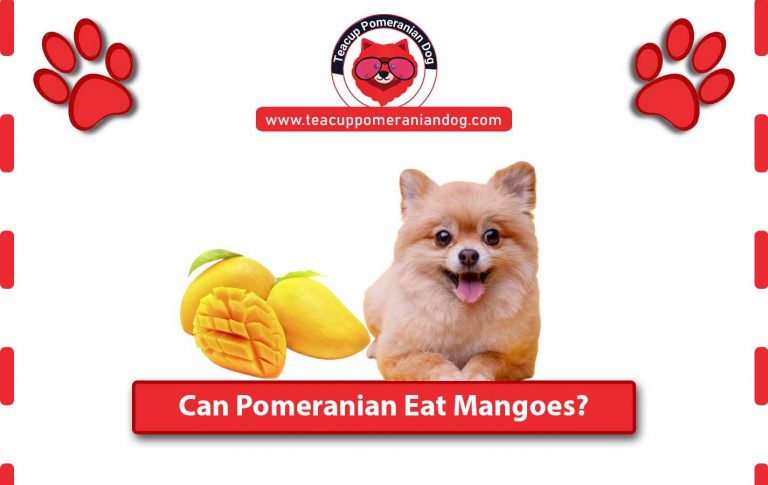 Yes, Pomeranians can eat mangoes. It’s actually a very soft and tasty treat for them. This special fruit is full of vitamins and safe for the pups as long as it’s peeled and the pit is removed. You should only give them in moderation. It’s quite nutritious for dogs and contains vitamin A, B6, C,… 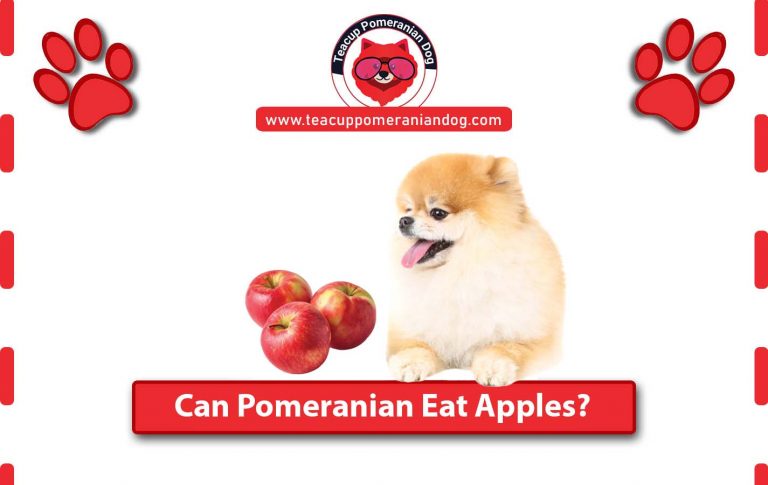 Yes, Pomeranians can eat the Apples. In fact, an apple a day can keep the veterinarian away is also true for dogs. Many veterinarians recommend apples as a nutritious snack. These are an excellent source of vitamin C, loaded with carbohydrates, and high in fiber. All these ingredients are necessary for proper immune function and… 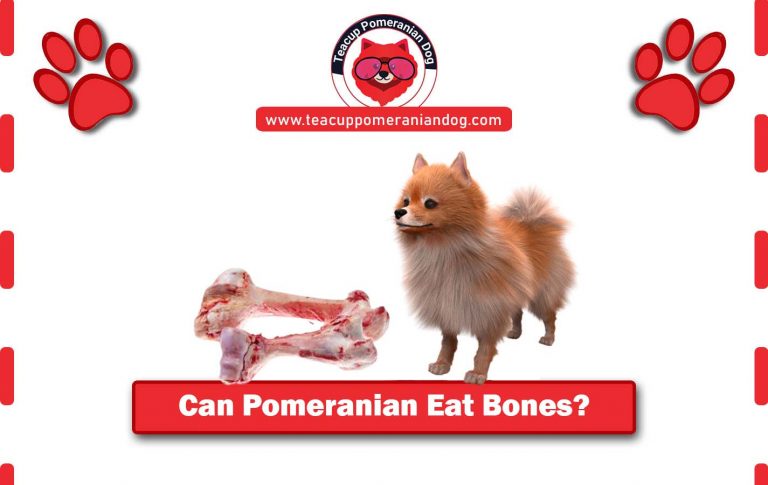 Yes, Pomeranians can eat bones; even raw beef bones are very beneficial for them. But you may have heard that dogs love to chew bones and also that these are dangerous for them. In this article, we will clear all the confusion about feeding bones to them. It’s very important to clear the confusion as… 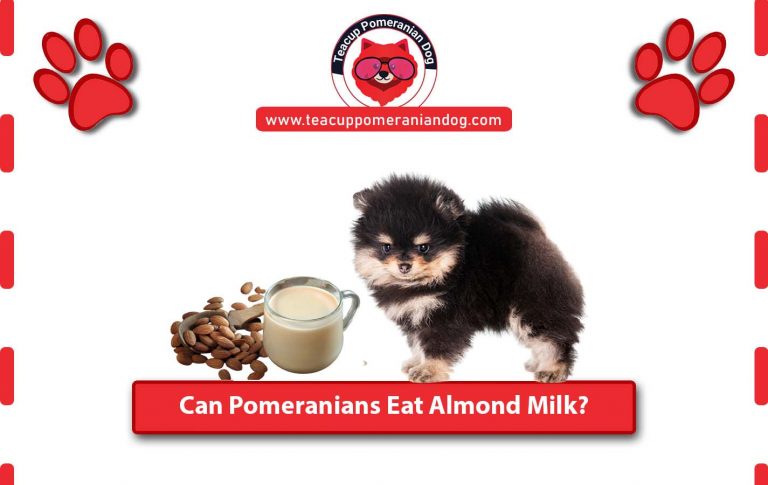 Yes, a moderate amount of almond milk is safe for Pomeranian. But it’s doesn’t mean that you can feed the almonds milk to your dog. Its popularity is increasing as a milk alternative due to its availability and affordability. Today, we can find it in many households as it is lower in calories and lactose-free,… 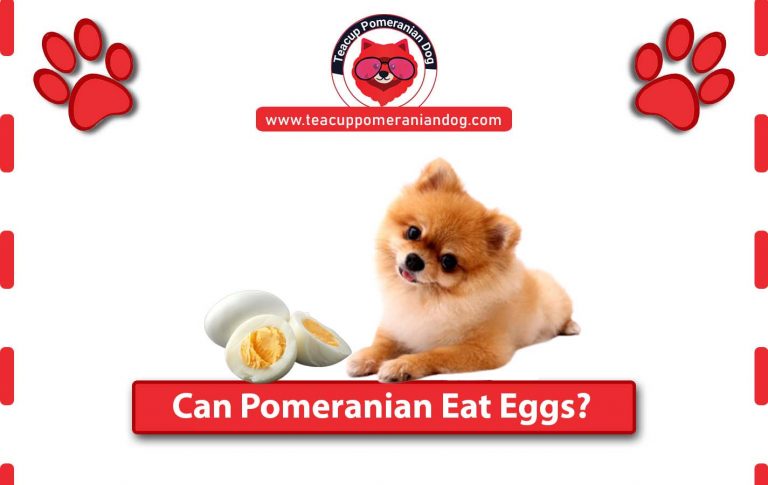 The short and the simple answer is yes; Pomeranians can eat Eggs. In fact, every part of the Eggs is beneficial for the dogs. They like to eat eggs from shell to yolk, but you should give them in moderation. Too many Eggs can cause stomach upset for them. The cooked eggs are recommended for…